We are saddened to hear of the passing of longtime AFP friend and mentor, Holly Benson.

After a six year determined fight with cancer, Holly passed away peacefully at Margaret Bahen Hospice in Newmarket on September 6, 2018. Holly was the loving wife to Rick of 36 wonderful years. She was the adored mother to her son Andrew and his wife Ashley and to her daughter Terri. Eva, the family German shepherd, was her constant companion and will miss her too. Holly was a person that kept family close, cultured friendships and stood beside colleagues. She will be sadly missed by her many loving family members, friends and colleagues.

A celebration of life will take place at a later date. Donations to the Margaret Bahen Hospice would be greatly appreciated.

The Greater Toronto Chapter of AFP has been conducting a youth engagement and professional development experiment over the past year. The Speaker Discovery Series (SDS) was originally created to address a need in the GTA: many fundraisers could not get speaking experience because most events or conferences require you to have experience speaking at events or conferences.

The committee believed there was a great deal of untapped talent out there – and the plan was simply to host a night where a few inexperienced speakers (six or so) could present to a supportive audience, receive a score with written feedback from experts, and use our event on their future applications in the speaking circuit.

The first event had a modest attendance of 30 or so people, and the events since attracted between 75 and 100 attendees each. Speakers are proudly saying they hailed from “season one” or “season two” of SDS. A genuine loyalty is developing, offers to join or contribute keep coming, and everyone is asking when the next SDS night will be. And other chapters of AFP are showing interest in starting their very own SDS program.

The fledgling event series has become one of this chapter’s most popular activities. Did this success come entirely from the need of new speakers to build their portfolios? The committee – which now includes me (Scott Jeffries), Laura Champion, Sam Barr, Yunis Kariuki, and Jessica Wroblewski – has a different theory. We think something else is happening. END_OF_DOCUMENT_TOKEN_TO_BE_REPLACED

The AFP Foundation for Philanthropy is pleased to once again offer the Diverse Communities Scholarship program for members of diverse communities to attend the AFP International Fundraising Conference San Antonio, TX, March 31 – April 2, 2019.

AFP is pleased to offer $1,500 scholarships ($799 conference registration fee + some travel expenses) for each of the currently identified AFP diverse communities.

THANK YOU to everyone who contributed to the diversity scholarship campaign, for your generosity and for helping to ensure the success of this program.

The application process will open September 1 – October 31, 2018. This scholarship opportunity is open to members and non-members and we encourage you to share with colleagues in your personal and professional networks.

The deadline for application submission is October 31, 2018. Selected candidates will be notified by email by December 1, 2018.

For questions or to request more information, please contact:

OTTAWA, Aug. 15, 2018 /CNW/ – Today, the Honourable Diane Lebouthillier, Minister of National Revenue, and the Honourable Bill Morneau, Minister of Finance, issued the following joint statement on the Government of Canada’scommitment to clarify the rules governing the political activities of charities:

“Our Government recognizes that charities play a key role in Canadian society, and provide valuable services to Canadians. We recognize the experience and value they bring to public debate, and to the formulation of public policy. As it was clearly stated in our mandate letters, our Government is committed to clarifying the rules that govern the participation of charities in political activities and we are taking the necessary steps to move forward on that commitment.

“With regard to the decision in Canada Without Poverty v the Attorney General of Canada, rendered on July 16, 2018, the Government of Canada has identified significant errors of law and has served notice that it will be appealing the decision to address the uncertainty created by it, and to seek clarification on important issues of constitutional and charity law. The resolution of these legal issues, while necessary, will not change the policy direction the Government intends to take with respect to the removal of quantitative limits on political activities.

“As a matter of good public policy, and to move forward with this commitment, our Government intends to amend the Income Tax Act to implement changes consistent with recommendation no. 3 of the Report of the Consultation Panel on the Political Activities of Charities. The intended amendments will allow charities to pursue their charitable purposes by engaging in non-partisan political activities and in the development of public policy. Charities will still be required to have exclusively charitable purposes, and restrictions against partisan political activities will remain.

“Our Government intends to present legislation to this effect in the Fall. The Canada Revenue Agency will develop supporting guidance in collaboration with the charitable sector. The legislation will be drafted to apply retroactively, including to the audits and objections that are currently suspended. This suspension will be lifted when the legislation is passed by Parliament, when we intend to fully respond to the Report of the Consultation Panel on the Political Activities of Charities.” END_OF_DOCUMENT_TOKEN_TO_BE_REPLACED

We invite challenge you to DiSrUpT philanthropy with us this November! Secure your spot at Canada’s largest conference on fundraising with great deals on our early bird registration – available now until September 14!

Savings not enough to sway you? Here are 10 reasons why you should need to be at #AFPCongress2018:

2. ADVANCE YOUR CAREER. Earn up to 10.5 points towards your CFRE!

3. LEARN FROM THE EXPERTS. With over 90 sessions to choose from, Congress has something for everyone! Whether you’re new to the sector, hold a mid-level role or are a more senior leader, each day offers a variety of sessions hosted by industry experts that will get you thinking, with practical takeaways to bring back to the office.

END_OF_DOCUMENT_TOKEN_TO_BE_REPLACED

Telling your story is harder for some nonprofit organizations than others, particularly when you, the nonprofit, are working with a vulnerable population.

Why? Because, depending upon the specific characteristics of the population in question, there are often strict ethical, and sometimes legal, guidelines we must adhere to that dictate how a story can (and should) be told – for instance, in the case of an organization working with children. In other cases, perhaps the population that your nonprofit serves cannot be shown in media at all – for instance, when taking into account the safety and security needs of survivors of domestic abuse.

Through the lens of an organization working with a vulnerable population, marketing can seem at best difficult and at worst an insurmountable challenge; for how can you market the good your organization does when you cannot show the positive impact you have on the population you serve? How can you market the good without showing the good? END_OF_DOCUMENT_TOKEN_TO_BE_REPLACED

Anyone involved in running a nonprofit organization will understand that one of the greatest challenges they face is raising money. Simply asking people to cut you another check won’t suffice – just like negotiating a business deal, there are many ways to engage your donors without resorting to endless pleas. It’s all about playing the long game.

Entrepreneurs form long-term partnerships with investors, and you can do the same when it comes to fundraising for your nonprofit. Here are six unusual fundraising ideas that are surefire ways of compelling more people to donate.

The advent of crowdfunding platforms like Kickstarter and Indiegogo have made it possible for nonprofit organizations to put themselves out there and attract people with a vested interest in their work. You can set up a page that introduces who you are, what you’re doing, and include pictures and examples of your campaign’s achievements so far.

Fundraising has become increasingly digitized, which makes crowdfunding an effective way for charities to have their causes funded by thousands of potential donors online. All you need is a well put-together campaign page. It’s not always easy, and it can be hard to stand out. Here are some useful tips to help you meet your target.

Another great option is to use a t-shirt crowdfunding campaign, which lets you reward donors with custom t-shirts – the perfect way to attract new donors and to offer them something in return.

END_OF_DOCUMENT_TOKEN_TO_BE_REPLACED

Do you want to contribute to the AFP’s amazing educational programming?

Driving the planning and organization of this programming are a team of dedicated volunteers, supported by the AFP Staff. As we enter into the Fall of 2018, we are actively recruiting volunteers to join all areas of the AFP Professional Development Portfolio.

The roles we are recruiting for are listed here!

To apply, please complete the Professional Development (PD) Volunteer Expression of Interest Form and email to info@afptoronto.org by 5:00pm on August 24th, 2018.

If you have any questions, please don’t hesitate to ask either myself or Cynthia Quigley at the Chapter office 416-941-9212 or at cquigley@afptoronto.org. 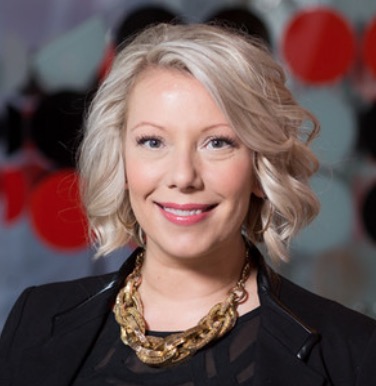 Imagine Canada, the national umbrella for Canada’s charitable and nonprofit sector, has reacted to yesterday’s Ontario Superior Court of Justice ruling in the case Canada Without Poverty v. AG Canada.

“We are very pleased by this ruling,” said Bruce MacDonald, Imagine Canada’s President and CEO. “It is in line with recommendations made by charities from across Canada and by the advisory panel on political activities that the Minister of National Revenue appointed in 2016. It also reflects commitments made by the federal government in its 2015 election platform, and in the Prime Minister’s mandate letters to several cabinet members, including the Ministers of Finance and National Revenue.” END_OF_DOCUMENT_TOKEN_TO_BE_REPLACED

Please enter your name, email, and postal code below for us
to be able to provide you with updates about AFP Toronto.